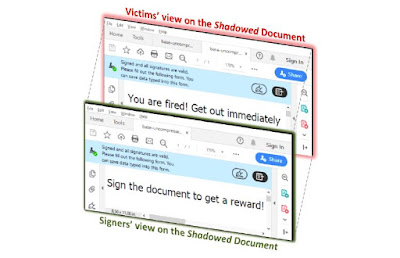 This new attack method allows an attacker to hide and replace content in a digitally signed PDF document without invalidating its signature. The attacker can create a document with two different content, the first one that the signer expects to see, and the second one that will be displayed to the receiver of the document.

Firstly, the signers receive the PDF document, review it, and sign it then the attackers used that signed document, modify it slightly, and send it to the victims. After opening the signed PDF documents, the victims verify whether the signature was correct or not. However, due to a new attack method PDF document was successfully verified and victims see modified content than the signers. 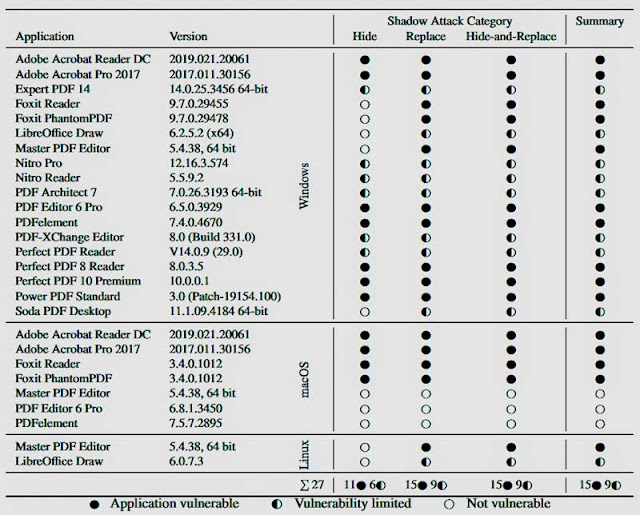 Individuals and organizations (include researchers, governments, and businesses) often sign PDF documents to prevent unauthorized modification. If someone does modification to the digitally signed PDF documents, its signature becomes invalid.

According to security researchers, three forms of a Shadow Attack exist :

It involves hiding some content in a PDF behind a visible layer without replacing it. Let's discuss this form of 'Shadow Attack' scenario. The attacker sends a PDF document to the signer with an attractive message image on the top of the content they want to hide. Once, the PDF document has been signed by signer then an attacker can modify the PDF document so that the attractive message image is no longer available, which makes the hidden content become visible.

It involves appending a new object that is considered attractive but which can impact the way the content is displayed to the victim (like replacing original content with modified value).

With the help of the Computer Emergency Response Teams of Germany (CERT-Bund), the security research team contacted impacted PDF application makers to report this new Shadow Attack (currently tracked as CVE-2020-9592 and CVE-2020-9596).

Applications made by Adobe, LibreOffice, and Foxit have already released patches. However, many of the impacted vendors still did not provide any information about the availability of patches.

PDF application maker should update their PDF viewer apps to make sure that the digitally signed PDF documents can't tamper by a Shadow Attack.

If you have any questions related to the new Shadow Attack and also want to share your views on this then please mention in the comments box and I will get back to you.