38 Million Indian DigiLocker Accounts Could Have Been Accessed Without Password 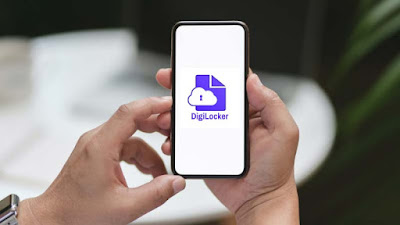 The Indian Government addressed a highly critical flaw in its secure document wallet service Digilocker that could have let an attacker bypass mobile OTP (One-Time Password) mechanism and sign in as other users to unauthorisedly access their sensitive documents.

Security researcher, Mohesh Mohan discovered a highly critical flaw in Digilocker wallet service. According to the analysis done by Mohesh Mohan, the OTP (One-Time Password) mechanism did not have the authorization that makes it possible to perform OTP (One-Time Password) validation with submitting any valid users' details and then modification allows to sign in as a different user.

According to the analysis done by security researcher Mohan, in order to unauthorizedly access victim's Digilocker account, an attacker needs to know victim's Aadhar ID or linked phone number or username, pushing the services to send OTP (One-Time Password) and afterward exploiting the flaw to bypass the process of sign-in.

It is important to note that the mobile application version of Digilocker also comes with a 4-digit PIN for an additional layer of security (2FA). However, the security researcher, Mohan said that it was also possible to change the API calls to verify the PIN by associating the PIN to any other user and successfully login in as the victim (means you can do the OTP authentication as one user and submit the 4-digit PIN of a second user and as a result, you will log as the second user)

Because of a lack of authentication (verification) for the API endpoint, the API can be exploited to reset the PIN linked to a user using the individual's UUID (Universally Unique Identifier). Also, The mobile version of Digilocker was found to implement a weak SSL pinning mechanism, making them vulnerable to bypass using tools like Frida (Dynamic instrumentation toolkit).

During the same period of time another security researcher, Ashish Gahlot also discovered the same flaw separately and reported it to the CERT-In (Indian Computer Emergency Response Team). They had fixed the flaw immediately after getting alert from CERT-In.

According to the investigation done by the Digilocker wallet service team, it was found that this critical flaw had entered in the code with the recent addition of some new features. They also assured that any data, database, storage was not compromised due to this flaw.

If you have any questions related to the critical vulnerability of Digilocker and also want to share your views on this flaw then please mention in the comments box and I will get back to you.