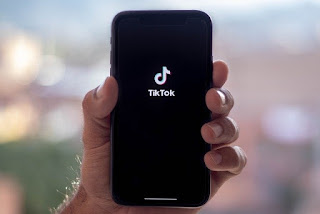 TikTok which is a 15-second short-video creating app especially popular among the younger generation and also downloaded over 1.3 Billion times worldwide. TikTok remains top in the most downloaded app list for months on the Apple App Store and Google Play Store.

According to the lawsuit, Tiktok shared the user's created videos which include private acts and closeups of user's faces (biometric data) before the videos are saved on the app.

TikTok provides many options includes the next button, close button, and button for effects to its users while recording the video. Here, the next button takes users to the screen that shows these two options : "post" and "save".

After clicking on the "next" button, TikTok transmits the videos from the user's device to the domain musdbn.com and also to musicly servers without the user's knowledge. And the transmission is happening before users even post or save a video on the app.

This unlawful act of transmitting user's private data and PII (Personally Identifiable Information) to Chinese servers in against American rule.

According to the lawsuit, TikTok immediately starts collecting a specific user identifier, device identifier, and biometric data after the completion of the downloading process of the app.

TikTok users don't have any idea about their user identifiers, device identifiers, and biometric data are collected without their consent. Also, by using collected data TikTok pushes targeted ads and generates high revenues and profits. So, TikTok's fun comes at a huge cost.

If you have any questions related to the TikTok's lawsuit and also want to share your views on this then please mention in the comments box and I will get back to you.