This App Will Tell You If Your iPhone Gets Hacked 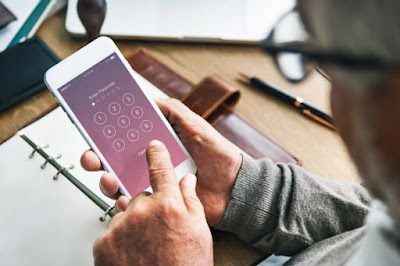 iPhones are widely believed to be the most secure devices one can get. Because Apple ensures that all apps execute in sandboxes to prevent them from accessing the data of other apps or interfering with iOS files. Also, Apple only allows apps from the App Store to be installed unless you have an enterprise developer account or jailbreak your iPhone.

And keeping your iPhone updated with the latest version of iOS can protect you from hackers. But what about the software vulnerabilities, Apple doesn't know about that and thus can't patch.

The danger was uncovered earlier this year when Google discovered that hackers had been using previously unknown iOS vulnerabilities to spy on users. So, It is an important thing that how users can protect their iOS devices more effectively because Apple bans antivirus products on the App Store due to its strict guidelines. But, it looks possible now for iOS users to protect their devices from hackers.

Because, a cybersecurity research firm, Trail of Bits launched iVerify, a user-friendly iOS security app is now available on the App Store — one of the first ever app that promise to detect iPhone hacks. Earlier there was no app that could successfully detect whether an iPhone was hacked or not.

Apple has allowed the app to enter the App Store after it went through multiple rounds of review, Apple could be collaborating with the security firm to make sure that their users are secure against all known vulnerabilities and exploits. In the end, Apple could approve the app or even make it an integral part of the iOS security, further promoting and supporting their marketing promises with action.

In 2016, a well-known iPhone security researcher also released a similar app, but it was quickly banned from the App Store because it apparently had too much visibility into iOS. Guido (who is the founder of Trails of Bits) claims that iVerify is more advanced than that app.

The iVerify app is already trending on the "Utilities" category of the App Store and has started with positive ratings and reviews that praise its clear user interface, simplicity, and feature. The app is also available for the iPad. 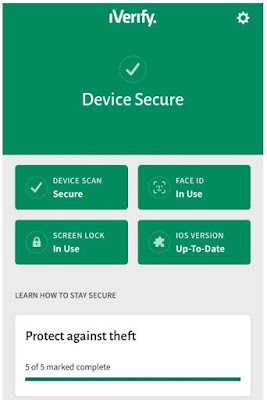 How Does iVerify Detect iOS Hacking?

iVerify app is designed to look for anomalies created by iPhone hacks or jailbreaks. To detect the anomalies of used iPhone vulnerabilities, Trail of Bits studied all existing past public iPhone jailbreaks and reverse engineering the iPhone's operating system (OS). These hacks involve using old flaws to gain root access to iOS, which can allow you to install unauthorized third-party apps, including malware. So, this way iVerify app offers a potential safeguard against such attacks.

For example, the iVerify app includes a section on preventing data leakage. It'll then advise what settings on iOS you need to alter in order to limit ad tracking, disable location-based ads or stop data sharing with Apple's Siri voice assistant. Expect more guides and security features to be added to the iVerify app over time.

iVerfy makes it easy to manage the security of your accounts and online presence with simple instructional guides. Crucially, it also detects security anomalies on your iPhone or iPad.

iVerify Alerts You To Security Anomalies

iVerify app not only helps you to keep your data confidential and limit data sharing, but it also helps you to protect the integrity of your device.

iVerify periodically scans your device for security anomalies that might indicate it's been compromised, gives you a detailed report on what was detected, and provides actionable advice on how to proceed.

iVerify does all of this using iVerify-core, a suite of iOS integrity and security checks. These checks were developed by Trail of Bits based on extensive experience and expertise in iOS internals and iOS security. iVerify-core is updated as new versions of the iPhone and new security checks are released, so new iVerify app users will get the benefit of years of improvement.

Moreover, iVerify app is not just a hacking detection tool, it also includes a series of detailed how-to guides that help users lock down their iOS device settings to improve their privacy and decrease the chances of getting hacked. iVerify is not a "download it and forget it" type of app. You need to work with the iVerify app and follow its instructions and recommendations.

That's great because it teaches users how to guard themselves against hacks and exploits, and tells users when they should be worried about or not worried about the security of their devices and how to protect yourself.

In the event that an iVerify user does get hacked, the app alerts them, then creates a personalized URL that includes data on what was detected and what went wrong. the iVerify app also gives the user some basic advice on what to do next and sends the incident report to Trail of Bits. 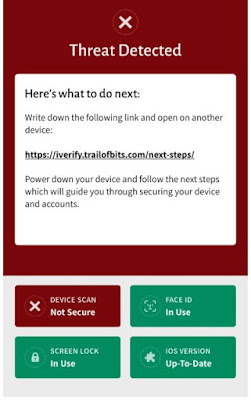 It's available for $4.99 (Rs. 399) in the App Store. When it comes to data security, we can say that the price is not too high. The team at cybersecurity firm, Trail of Bits is also planning on licensing the jailbreak detection to companies who want to integrate it into their products or use it on company devices.

I hope you find useful information in this article. If you have any questions about the iVerify app then please mention in the comments section and I will get back to you and stay tuned with my blog to learn interesting things related to cybersecurity and hacking.