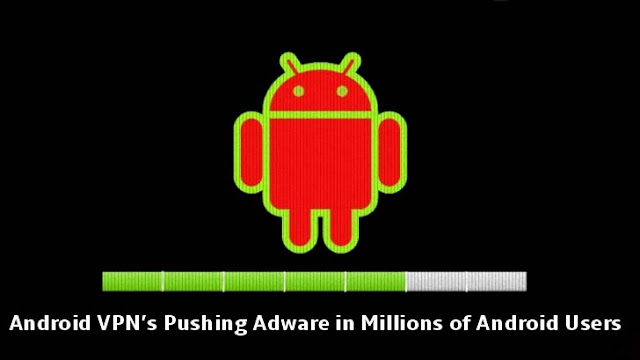 New Zealand based independent security researcher, Any Michael discovered the four most popular Android VPN apps with cumulative downloads of over 500 million users committing Ad fraud and not only pushing unusual ads while running in the background but also placed outside the apps, including the home screen in user's device to generate millions of dollars revenue.

There are several Adware incidents reported in the past few months, and it's rapidly growing to exclusively target the Android users to generate millions of dollars revenue.

Developers use this method because every click gives them revenue. Due to the high popularity of VPN apps, if making quick money is the goal, serving outside ads in VPN apps would be a logical choice.

The four most popular Android VP apps are — HotSpot VPN - Free Unlimited Fast Proxy VPN, Free VPN Master - Fast Secure Proxy VPN, Secure VPN - Unlimited Free & Super VPN Proxy, Security Master - Antivirus, VPN, Applock, Booster. These apps are pushing the pop up ads even when the apps are running in the device background and also generates frequent HTTP request which overheats the phone and drain battery. All four apps contain a code that indicates how Ad frauds are usually behaving and opening the app once after downloading will usually trigger that behavior.

VPN products are used by millions of users around the globe to ensure user's privacy while roaming on the internet. At the same time, some VPN companies that are listed above are taking advantage of the user's device accessibility and gain more fraudulent benefits.

It is also notable that all four apps originate from Hong Kong and China, where citizens have typically relied on VPNs.

These four apps are still on the Google Play Store. But it is interesting to notice that the apps containing the Adware were all VPN or antivirus apps, suggesting that developers are increasingly targeting users' trust in security-related apps to commit Ad fraud.

Security Master - Antivirus, VPN, Applock, Booster app is prompt the unwanted ad even if the app is working in the background and it also served ads on the top of the home screen and trick users to click on it to generate revenue.

Secure VPN - Unlimited Free & Super VPN Proxy app is the worst of the four in that it served ads even when people were using other apps including Whatsapp, Chrome, and more and it also served ads on top of the home screen.

The app was also found to have references to code that recorded activities including ads that were displayed, clicked and dismissed by the user, indicating they were used to monitor and display ads based on their activities. 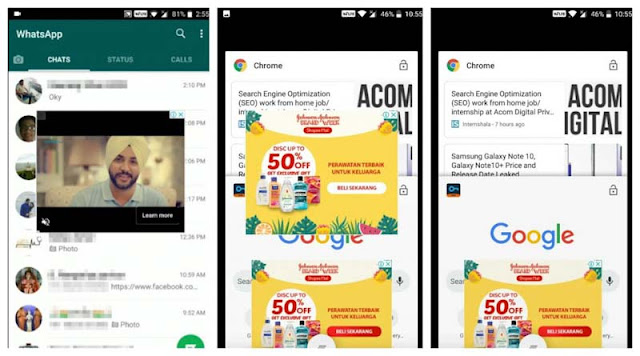 Hotspot VPN - Free Unlimited Fast Proxy VPN app caught for using the advertisement API from Google and Facebook with Identified packages and code which indicated Adware during the analysis that they can show advertisements anytime it wants.

It was filling the complete screen of the phone even when the application was running in the background.

So, These are the top four VPN apps that pushing Adware to android users.

Ad-supported apps are nothing new. But serving ads while apps are running in the background can result in significant use of the device's resources like CPU and battery and that affects the device's performance.

A legitimate app store like Google Play repeatedly harbors malicious apps and it is a cause of concern. Android smartphone users are often advised not to download apps from third-party sources to avoid Malware. Unfortunately, it seems sticking to the Google Play Store isn't always safe either.