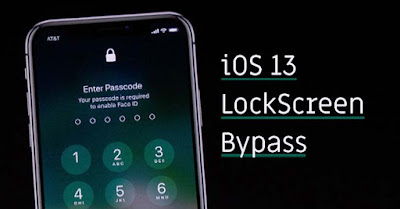 For iPhone users, the good news is that next week, on September 19, Apple will roll out iOS 13, the latest version of its mobile OS.


Yes, all iPhone users are excited about that, but there comes the bad news.

iOS 13 contains a vulnerability that could allow anyone to bypass the lockscreen protection on your iPhone and access some sensitive information.

Jose Rodriguez, a Spanish security researcher, revealed that he discovered the new lockscreen bypass bug in the iOS 13 beta version that allowed him to access the full list of Contacts on his iPhone and every piece of information saved on them and he also reported it to Apple on July 17.

But, unfortunately, Apple failed to patch the bug even after being informed month ago, and the lockscreen bypass is still working on the Gold Master (GM) version of iOS 13. The final version of the software will be rolled out to everyone on September 19.

How Does iOS 13 Lockscreen Bypass Work?

In the below video Jose Rodriguez demonstrating how the hack works and relatively how simple it is to perform by any non-techie user.

The bug involves activating a FaceTime call on a target's iPhone and then accessing Siri's voiceover support feature to obtain access to the full list of stored Contacts, as well as detailed information for each individual contact including their names, phone numbers, and emails without ever needing to unlock the device.

The latest iPhone iOS 13 lockscreen bypass hack is similar to the one which Jose Rodriguez discovered last year in iOS 12.1, just a few hours after Apple released iOS 12.1, allowing anyone to bypass the lockscreen on a victim iPhone using the built-in voiceover feature.

However, this bug is fixed in iOS 13.1 beta version, which is expected to arrive for the public on September 30 — 11 days after iOS 13's official launch. So all users should patch their iPhones by September 30.

Even if the bug is not fixed in iOS 13, don't worry because you can easily keep hackers away from it. All you have to do is that disable the "reply with message" option in the iDevice's Face ID & Passcode settings. This feature is enabled by default and most iPhone users do not know this thing.

Bugs like these are hard for users to avoid, but there are some tips you have to keep in mind and update your device on a regular basis.