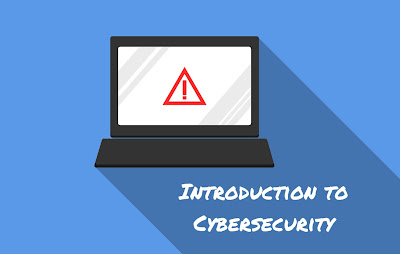 Have you ever thought about how secure your data is? Nowadays, cybercrime is a major issue. Therefore, Cybersecurity has become very important. My main goal to start this blog is more and more people learn and aware of cybersecurity, networking, and hacking related concepts. So, Let's start the journey.

I am here to guide you through the world of cybersecurity. Everyone who uses smartphones, computers, tablets, or any other digital device which is connected to the internet should know the cybersecurity related concepts. This is my first blog so here you learn the basic things that you should be aware of cybersecurity.

Before I start, let me just list out the topics I'll be covering in this article.

The History of Cybersecurity
Around fifty years ago words like adware, spyware, malware, viruses, worms, trojans, ransomware weren't even part of information technology (IT) vocabulary. The origin of cybersecurity came into existence because of the development of viruses.
How did we get there?
In the 1970s, researcher of BBN Technologies, Robert Thomas created the first virus. After creating a virus, He realized that it was possible for a computer program to go across a network and that computer program also left a sign wherever it went. Robert Thomas named this computer program "Creeper" and he designed it to travel between the Tenex terminal (on the early ARPANET), by printing the message like "I'M THE CREEPER : CATCH ME IF YOU CAN".
At that time, Ray Tomlinson (the inventor of email), was also working for BBN Technologies. Ray Tomlinson saw this and he likes it. So, he tried to repair something with that computer program and made the first self-replicating computer worm. Ray Tomlinson named this computer program "Reaper" and it became the first antivirus software that would found Creeper virus copies and delete it.
Where are we now?
After Creeper and Reaper, cyberattacks became more and more sophisticated. Cyberattacks also increase as computer software and hardware developed. German citizen, Marcus Hess hacked 400 military computers and he intended to sell all the private secret information to the KGB. However, American astronomer, Clifford Stoll caught him before he sells that private secret information to the KGB.
In 1988, Computer scientist, Robert Morris wanted to check the size (volume) of the internet and for that, he wrote a program that tests the size of the internet. This program went through networks, entered into Unix terminals, and copied itself. Due to this functionality, this program became a famous network virus named Morris worm. This network virus could infect a device multiple times and each time it would damage the device. Under the Computer Fraud and Abuse Act, Robert Morris was charged for creating the Morris worm network virus.
It is hard for the Information Technology (IT) community to remember a bigger shock than WannaCry, the biggest ransomware attack in history. WannaCry had infected 2,30,000+ computer devices in more than 150 countries within a single day.

WannaCry is very famous and popular, but hardly the only case. We see on a regular basis how attackers are finding new ways to compromise (hack) devices.
Nowadays, viruses were more dangerous and harder to stop. The above is to name a few, but these attacks are enough to prove that cybersecurity is necessary for corporations, small businesses, and also for people who use computers and smartphones.
The Future of Cybersecurity
Nowadays, cyber threats are so common and advanced that they seem almost impossible to stop. As a result, now many organizations focus on cybersecurity and also developing proper response plans that minimize the damage in the event of cyberattacks. According to a survey, cybersecurity professionals are in high demand but the talent gap for cybersecurity is estimated to hit around 2 million by 2022. Those who are in the cybersecurity industry, the opportunities are endless.
Why We Need Cybersecurity?
Today's generation lives an entire day on the internet and common users are almost unknowledgeable as to how those random bits of the 0's and 1's reach securely to our computers, smartphones, and other digital devices. It's a golden era for attackers. With so many public IP addresses, access points, and constant traffic, attackers are creating malicious software for the same. Cyberattacks are evolving day by day. Attackers are also becoming more creative with their viruses and malware. 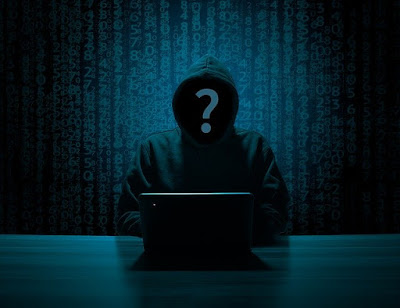 Therefore, there has to be some type of protocol that protects us against all types of cyberattacks and make sure our data does not fall into the wrong hands. So, that's why we need cybersecurity.
If you have any questions related to cybersecurity and also want to share your views on this then please mention in the comments box and I will get back to you.